[India], Feb 6 : Madhya Pradesh Chief Minister Shivraj Singh Chouhan has announced an ex gratia of Rs 1 crore for the wife of a soldier, who lost his life in the ceasefire violation by Pakistan in Rajouri district of Jammu and Kashmir.

Rifleman Ramavatar, the deceased soldier hailing from Madhya Pradesh’s Gwalior, was in the BG sector of Rajouri when the ceasefire violation claimed his life.

“Ramavatar sacrificed his life for the safety of the nation. His wife Rachna is not only a daughter of his family also a daughter of the entire MP state. She will be given a ‘samman rashi’ of Rs one crore,” Chouhan told reporters here.

He also announced a lifetime pension for the soldier’s parents.

“His parents (mother and father both) will also be provided with Rs 5000 per month as pension as they have lost the earning member of their family,” the Chief Minister said.

Ramavatar is survived by his wife and two children of age six months and one-and-a-half years.

Maharashtra: Tiger to get prosthetic limb 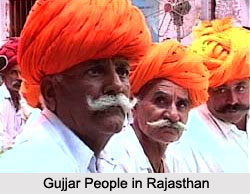