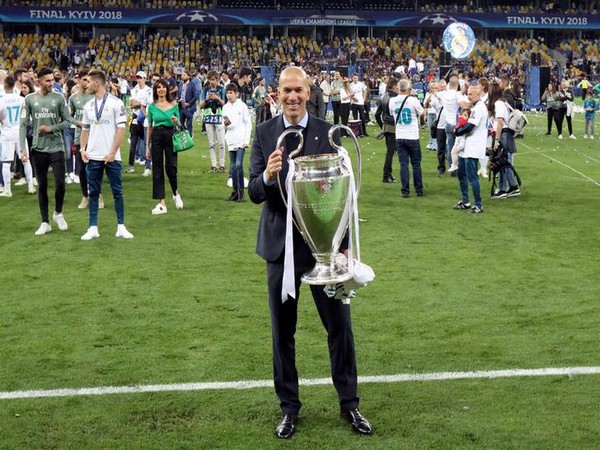 The 2016, 2017 and 2018 winners now have a place in the record books, along with Franz Beckenbauer’s Bayern Munich, Johan Cruyff’s Ajax, and Alfredo Di Stefano’s Madrid.

All these teams in the competition’s history dominated their eras, and the same can be said about Zidane’s Madrid.

However, much of the credit for this victory must to go to Zidane.

He himself admitted that he was not a tactical genius, but that is not what is required when you have so much talent in your squad. The Frenchman prefers to concentrate on honesty of effort, competitive spirit and enjoying the daily toil — humble values not always associated with the Bernabeu, they reported.

“I told the players to enjoy it as they will never be anything like this again,” Zidane said during Saturday’s celebrations.

Real Madrid won the final 3-1 to claim their third successive and 13th Union of European Football Associations (UEFA) title at the Olimpiyskiy National Sports Complex on May 27.

The victory was Madrid’s third in a row in the tournament, a feat unseen in the competition since Bayern Munich won three consecutive European Cups from 1974 – 1976.