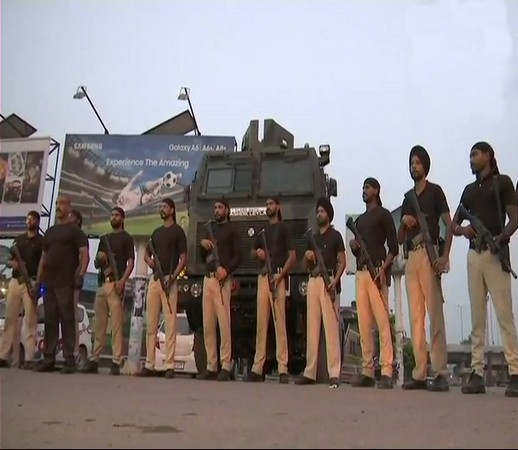 Amritsar (Punjab) [India], Aug 12 : Ahead of the 72nd Independence Day, security has been beefed up in Amritsar, however, it is a “general alert” and not related to the ‘Referendum 2020’ event scheduled for Sunday, police said.

‘Referendum 2020’ will be held at Trafalgar Square in London.

The event is being organised by a United States-based Sikh separatist organisation – Sikhs for Justice – that would be issuing ‘London Declaration’ for the referendum on the Indian state of Punjab.

“We have increased our checkpoints. As per available information, there is no planned activity in Amritsar, but any activity against law will not be allowed,” Amritsar Commissioner of Police SS Srivastava told to the media reporters.

“There are no specific inputs about the event as far as Amritsar is concerned. There is a general alert which happens around August 15. Checking activities are linked to that. I don’t think there is any impact of the referendum here,” Srivastava added.

Earlier this week, Punjab Chief Minister Captain Amarinder Singh also claimed that there are no takers for the Referendum 2020 campaign in Punjab.

The Chief Minister said that he had asked the Punjab police to deal with any attempts to revive terrorism with a “strict hand”. He also pointed out that from the past 15 months of his government, the police had cracked down on several terror modules and seized a sizeable number of arms and ammunition and narcotics.

With no bridge, students dangerously cross river to reach school in Rajouri GoAir flight lands back at Leh airport due to engine-error

From next 18 months agenda to judicial crisis, PM shares much more