The Delhi government last Friday cancelled the license of Max Hospital, Shalimar Bagh. The reason, was because doctors wrongly declared an infant dead. This sparked anger among people against the hospital. Delhi Health Minister Satyendra Jain made the announcement of the cancellation calling the negligence of the hospital unacceptable.

Here is the cancellation order of the license by Del Govt of Max Shalimar Bagh hospital @CNNnews18 (1/n) pic.twitter.com/gnyMttj7b5

The case involved twins. The boy was declared dead on November 30, two days after the woman was admitted. The hospital handed over the boy along with his stillborn sister. When the parents took the bodies for burial, the baby was found to be alive and was admitted to a clinic.

This means the hospital will no longer be able to run its clinic, the out-patient department, and its emergency services; while existing patients will receive full treatment, the hospital will not be allowed to take in any new patients. The Delhi Medical Council has launched a separate investigation to determine the role of individual doctors.

Nowadays, I m getting impress with @ArvindKejriwal . Seems he is the only CM in India who is working for their voters.

I have never heard before this kind of action against any big institution. Kudos to him

I applaud Delhi Govt’s brave move of cancelling the license of #MaxHospital. They had taken medical negligence to an all new level. It’s high time, these corporate hospitals are reminded of the basic human principles which should be their very foundation.

The Delhi Medical Association did not take too kindly to the actions of the Health Minister calling the decision to cancel the license “irrational and autocratic”. They called for the reversal of the decision or face a strike. The Indian Express editorial questioned if the decision is legally substantive –

“In such a laissez faire environment that would embarrass Adam Smith or Kenneth Arrow, the hospitals have been permitted to put profit above life. When chasing a return on investment without regard to impact on life…”

The decision to cancel the license was done for three reasons according to the official order. The condition to offer free treatment to 25 per cent outpatients and 10 per cent inpatients in lieu of free land was violated. Secondly, an inspection showed that beds and resources to be used for treating dengue, chikungunya and fever cases only were instead used for treating cases of hysterectomy, DJ stenting etc. The final reason was the criminal negligence of the doctors and nurses on duty with respect to this particular case.

“Cancellation of the license has been done under Section 7 of the Delhi Nursing Homes Registration Act of 1953. Section 8 of the same Act also stipulates that before making an order cancelling any registration, the supervising authority shall give to the person registered not less than one calendar month’s notice and so on”.

“The provocation to cancel the license was not the non-adherence to the guidelines but the people’s anger over medical errors and “overcharging” of patients.

The overcharging of patients comes on the heels of the death of a 7 year old girl at Gurgaon’s Fortis Hospital. The girl dies of dengue after being treated at the Fortis hospital and the parents have accused the hospital of criminal negligence. They disclose that they were charged Rs.16 lakh; an amount which they say is inflated. Following this, the Haryana health minister Anil Vij ordered the removal of Fortis Hospital, Gurgaon from the state government panel.

As the Indian Express editorial notes, there are two bodies that are authorized to take action – The Medical Council and the Nursing Council of India. They can take away licenses of doctors and nurses –

“The fact that India is estimated to account for over 5 lakh patients dying due to medical malpractice and not even a single doctor has so far been delicensed or hospitals punished (including Max, that seems to be a repeat offender) speaks volumes on the functioning of these discredited regulatory bodies”.

The Delhi government signaled that it was not against private hospitals. Chief Minister Arvind Kejriwal said that it would not hesitate to act sternly in cases of criminal negligence and “looting of patients”.

Whereas we don’t wish to interfere in day to day functioning of pvt hospitals, however, open loot or criminal negligence by any hospital won’t be tolerated. We won’t hesitate to take strongest action in such cases

“How can anyone justify the cancellation of a private hospital for the negligence of a lone doctor? What about the resulting hardships of the in-patients and the deprival of medical help to tens of thousands living in the vicinity of the hospital?”

“The media hue and cry made the Delhi Government play to the public gallery. The truth is that the State has failed to provide basic minimum healthcare facilities to the people at a reasonable cost. Opening new hospitals, both in the public and private sectors, with strict controls on pricing and quality of healthcare, is the only way out. There should be no politics in matters of public health”.

The President of the Indian Medical Association KK Agarwal stated that action should be taken after an inquiry by the Delhi Medical Council. Some have applauded the decision of Kejriwal; praising him for not bowing down or being bought by corporate, could this set a precedent that becomes common practice? He has said that he won’t interfere in the functioning of private hospitals; at the same time issuing a threat of sorts that he won hesitate to take action.

In a column for The Wire, K. Sujatha Rao, a former union secretary of the Ministry of Health and Family Welfare, government of India argues that the action taken in cancellation of the license is commendable, it’s a bad practice of the law as the Medical Council of India and not the Delhi government is empowered to de-license and punish doctors –

“The baby declared dead when he was alive amounts to criminal negligence and is an unpardonable and punishable offence. In any country, the nurses and the doctors concerned would lose their license to practice their profession. Two doctors seem to have been suspended even as the Indian Medical Association is shamefully getting ready to protest against this action”.

“The recent action of the Delhi government cancelling the license of a hospital that has a history of wrong doing is highly commendable and praiseworthy in spirit but bad in law. If truly committed to patients well being, then it is incumbent on the government to come up with stringent laws that will not provide any scope to private players to be negligent, callous or exploitative”.

Calls for due process and a formal inquiry are legitimate; Sandip Ren, New Media and Projects Editor at Delhi Press Magazines, in a column for the Economic Times blames the government and the hospital for a knee jerk reaction –

“Max Hospital is guilty of adhocism and unprofessional behavior. It dismissed both doctors handling the delivery within 24 hours of the incident without even the preliminary investigation being conducted”.

“Delhi government’s decision to cancel the license of Max hospital, Shalimar Bagh, for declaring a premature newborn dead even though he was still alive, is bizarre and draconian”.

“The implication is that private hospitals are carpetbaggers who prey on patients’ vulnerabilities. This conveniently ignores the fact that providing affordable, quality healthcare is primarily government’s responsibility”.

The merits on which Kejriwal made his decision is debatable; perhaps an inquiry by the Indian Medical Association and other regulatory bodies should’ve been completed before any step being taken.

Vikram Vedha has earned me love and respect: Vijay Sethupathi

JDU to not contest Bihar by-poll 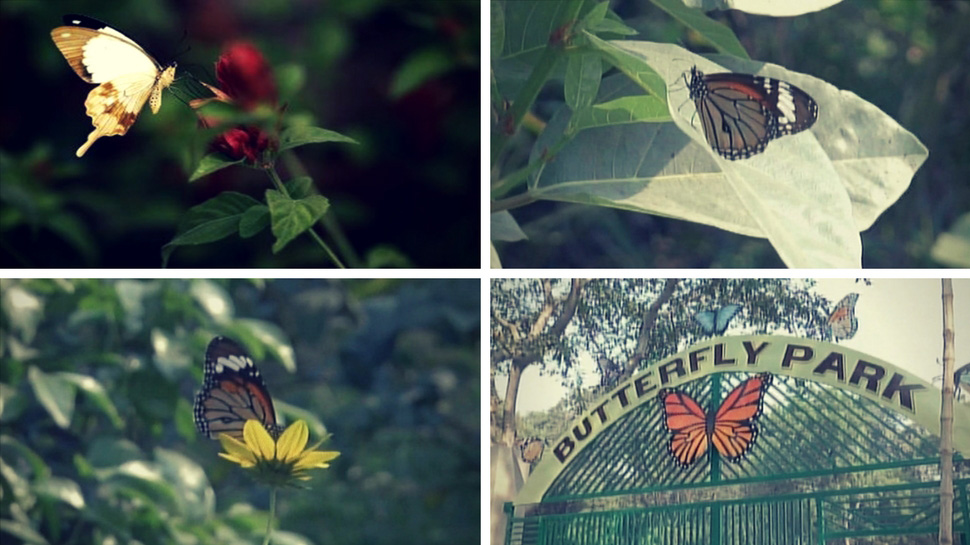 Kanpur gets its first butterfly park

Man held for duping banks in Delhi-NCR since 2013