Synopsis: Merku Thodarchi Malai revolves around the life and times of a group of people living along the foothills of the Western Ghats.

Review: The first 40 minutes or so of Merku Thodarchi Malai involves events that happen on a single day in the life of the protagonist Rangasamy akak Rangu (Antony). Rangu lives on the foothills of the Western Ghats, along the Tamil Nadu-Kerala border. We begin with Rangu being woken up in the wee hours of dawn. It is time for him to get to work. And we begin our travel along with him. He is a daily wage worker whose job involves picking up load (cardamom) from up the mountains and bringing it down to the village.

Lenin Bharathi takes his time to give us this daily routine of Rangu’s. Rangu picks up his friend Kethara, and they go along with a regular, and another from the plains, who is visiting a relative up the mountains. The pacing is deliberately slow, mirroring the hard climb that these characters are making. The man from the plains actually gives up after about a quarter of the way, opting to continue his journey after resting for some time. As Rangu and Kethara make their way further, now and then, we get shots that zoom out further and further until we see a bird’s eye view of the entire region (Theni Eswar’s evocative cinematography is one of the highlights of the film). We see settlements here and there among the hills, and absorb the distance that these characters walk every day.

Up in the hills, we are introduced to colourful characters, like Chako (Abu Valayangulam), the labour activist in the place, Kangaani (Anthony Vaathiyaar), the supervisor, Ravi (Aarubala), a greedy estate owner, and Bakkiyam (Sornam), who runs a tea shop. There is also the proud old-timer, who sniggers at the regular who still prefers to use donkeys to carry the load, boasts about his hill-climbing prowess in his youth and insists on carrying the weight by himself until his death.

What the director establishes in these scenes is not a narrative but a sense of the place and its people, who stick together and help each other out. Money seems to be secondary. They are fine with barter. We repeatedly see financial dealings where the characters never talk about the amount of money involved. 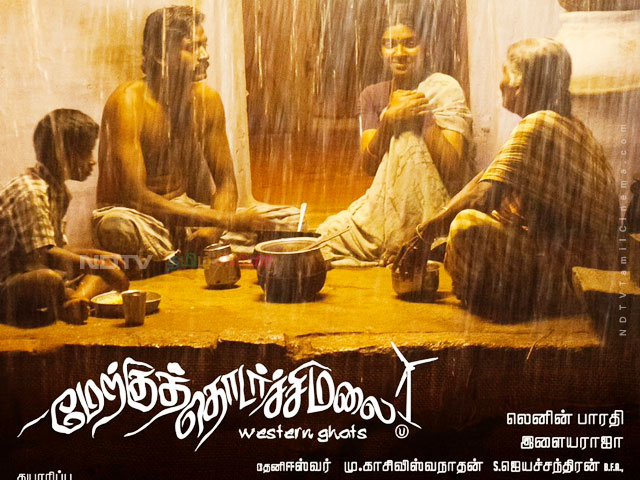 There is a semblance of a plot, involving Rangu’s dream of owning his own land and farming in it, which comes to the fore better in the second half. In fact, in a stark contrast to the pre-interval portions, a lot happens in the second half. During the course of a song, we see Rangu getting married, to Eswari (Gayathri Krishna), his relative, having a child, who grows up into a boy by the time the song ends. But things remain low-key even in these segments. Even when Rangu’s dream gets dashed, things do not get too melodramatic. Instead, he just picks up and moves on. Ilaiyaraaja’s score, too, remains understated.

And this is why the pre-climax portions feel unconvincing. Ravi becomes a bonafide villain in this narrative, and the participation of Rangu in a ‘revolt’ lacks credibility, especially when he isn’t personally affected by Ravi’s actions. One moment, we see him framed standing as an onlooker and in the very next, we see him an active participant in violence!

But the film ends with a bang (even while the filmmaking remains low-key) even as it subtly delivers its message — how development also leads to the destruction of a way of life and a community. This is all the more relevant in these times of express highways marketed as green corridors. The zoom-out technique, which was used to give us the breathtaking view in the earlier scenes, is employed to even greater effect, leaving us with a punch in the gut.

Our overall critic’s rating is not an average of the sub scores below.

Alibaba 'ready' for trade war with US Hichki movie review: Tale of an underdog made well 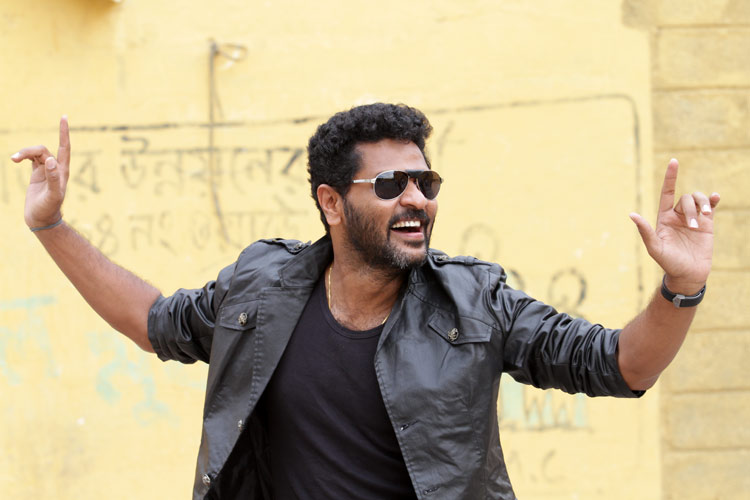 Nayanthara to pair up with Ajith in Viswasam