Malayalam actor Parvathy TK carries a cute black backpack with the word ‘Feminichi’ embroidered on it. Who is a ‘Feminichi’, someone asks her. Me, she replies. And so, in one fell stroke, by owning a word which was meant to be an insult, she deactivates its negative connotation and gives it a new meaning. A ‘Feminichi’ in Parvathy’s vocabulary becomes a proud feminist- – with a distinct local flavour.

Parvathy, Rima Kallingal and a few others in the industry have been wearing the feminist badge proudly and taking the power back from the words used at them.

(Parvathy’s bag that says ‘feminichi’ was made by ‘The Burlap People’, and the embroidery was designed by activist and writer Aysha Mahmood ).

The word ‘Feminichi’ gained traction in Kerala after Parvathy commented on the misogynistic dialogue in superstar Mammootty’s film Kasaba. She was trolled mercilessly after that, and Mammootty’s fans even called for a boycott of this award-winning actress’s films.

Soon, there was a widely-viewed YouTube video released called Oru Feminichi Kadha, featuring a glamourously dressed woman going to a “women empowerment meeting”, but who is “put in her place” by a cool-looking husband.

He walks off saying that if she is an empowered woman, she should pay her own hefty shopping bills. It ends with the now disempowered woman crying and asking him to come back, and ringing up her woman empowerment committee to help her with a loan, which they refuse.

The makers of the video also helpfully give a confused definition of Feminichi. Feminichi, they say, is a woman who is a misandrist but claims to be a feminist.

Parvathy has reclaimed the misogynistic insult ‘Feminichi’ and turned it on its head to proudly declare that she is a feminist.

Read- Yes, fish fry is relevant to feminism: Why Rima Kallingal’s TedX talk is bang on

No one is really sure where the word came from. Is it a Malayalam-ised version of ‘feminazi’? Or could it be ‘feminist’ suffixed with the words ‘achi’ or ‘chechi’, which mean ‘old woman’ or ‘elder sister’ in Malayalam, and are used as ageist insults? Or is it feminist plus kootichi, which means loose woman? Who knows, or cares? Besides, why should words like ‘loose woman’ and ‘prostitute’ or ‘whore’ even be considered insults?

By embracing the term ‘feminist’ (which is itself often used as an insult) and its add-ons, Parvathy has shown how a woman can become doubly empowered. She has displayed through her attitude, words and actions that she doesn’t care and is a proud Feminichi on her own terms.

Rima never backed down as she was trolled for her speech on feminism at the TedX talk, and wears the feminist tag on her sleeve.

Rima has a tattoo that says- ‘We are the granddaughters of the witches you couldnt burn’.

Women in particular have been taught over generations to live with certain terms and absorb them as insults.

They may not have been insults to begin with, but over years, the way in which they are used has made them so. The word ‘slut’ in English, for instance, originally meant a slovenly woman but it is now used to refer to a woman with ‘loose’ morals; again, a problematic definition.

Read- Contrary to what some men think, being called a ‘slut’ doesn’t destroy women

Similarly, ‘devadasi’ in the languages of South India, was once a term used for women who served in the temple in various capacities.

Among them were many talented musicians, dancers and artistes. But today, dasi or devadasi has the same connotation as slut, and the Tamil version thevadiya (which originally meant servant of God) is one of the worst insults used against women.

This phenomenon is ironic; perhaps the devadasis were, at one point of time, sexually abused by the upper caste men in control of temples. Or maybe, they followed a different family system.

In either case, shouldn’t the ones who abused them be targeted? Why shouldn’t a devadasi wear her name with pride and honour? Why does her sexual history even come into the picture?

Read- Being called Devadasi is not an abuse, calling it an abuse is insulting to women

But the situation is changing. When right-wing trolls began dubbing all journalists as ‘presstitutes’, they weren’t using a gender-neutral insult.

The word itself indicated that all journalists were selling themselves like “loose women” (another “insulting” term which needs to be turned on its head). So women journalists, in particular, began to embrace the term.

Said one, “Calling myself a presstitute is so liberating. It just shuts them up. They don’t know what to say after that!”

Young feminists, in particular, have absorbed the word ‘slut’ into their vocabulary. They speak against slut-shaming and about slut walks, even holding up banners which say ‘I am a slut’. A controversy broke out in Tamil Nadu when lyricist and poet Vairamuthu referred to the only woman alwar (poet-saint) Andal as a dasi.

Upper caste communities protested saying it was an insult to the saint. But it was encouraging to see young women from the devadasi community coming out to say they were proud of their identity.

If only their sisters from other communities had joined them, imagine how deflated and useless that word would have become as a term of insult.

But there is another aspect to this issue. A woman needs to have the power, the status and the self-confidence to call herself a slut or a dasi or even a Feminichi.

Otherwise, she only absorbs these terms and internalises them, which can shake her already fragile self-confidence. She needs to be able to ignore not just the trolls and the social ostracizers, but also very often her own family, who may be uncomfortable or even angry with her for embracing such terms.

In fact, this is what makes even educated middle class women and girls shy away from even calling themselves feminists, because they are worried that the world at large will view them as man-haters – a view reinforced by the misogynistic Feminichi video.

The question therefore is: Can a woman who is thrashed every day by a drunken husband and called a whore several times achieve anything by saying, “Yes, I am a whore”?

Maybe not. But perhaps she can draw courage from the women who have the ability to stand up and say, “I am what I am and your words don’t matter to me in any way.”

Maybe that is the route to empowerment. 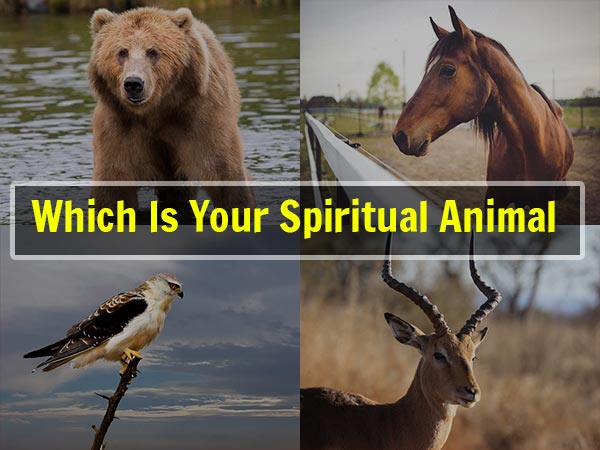 What Is Your Spiritual Animal Based On Your Date Of Birth