Mumbai: School buses will stay off roads in Mumbai on Wednesday in view of a Maharashtra bandh called by Dalit outfits to protest the violent clashes in Pune.There is heavy police arrangement in areas like Chembur, Worli, Ghatkopar and Vikhroli of Mumbai. 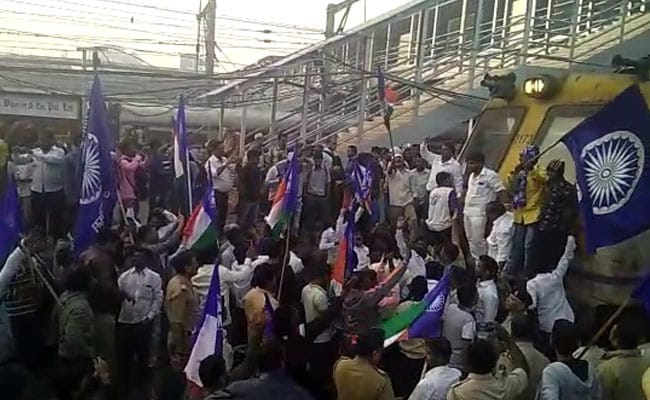 So far, things are in control and there has been no violent incident. However, on Thane railway station, Dalit protestors stopped train on Platform no. 1 and 2. Section 144 has been imposed in Thane till January 4, midnight .

Western Railway, meanwhile, said services on the Western Line are running normally.The School Bus Owners’ Association (SBOA) said it would not operate its fleet of 40,000 buses on Wednesday.Anil Garg, president of SBOA, told PTI, “For security reasons, we have decided not to ply our buses in the first shift tomorrow. 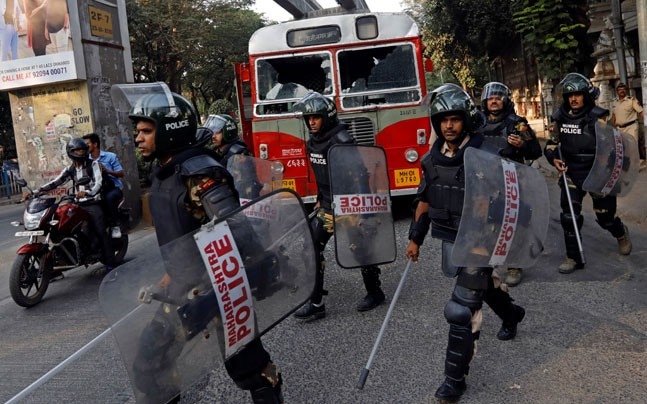 If the situation remains peaceful, we will run the buses in the second shift.”However, if a particular bus owner wanted to operate his services, it would be his call, he added.”Law-and-order is beyond our control.

Therefore, we cannot take the risk,” Garg said.The state government has said schools will remain open on Wednesday. However, the famous Mumbai dabbawalahs have decided to suspend their services today.

Domestic carriers, including the government-owned Air India, have waived charges for ticket cancellations and no-show due to the ongoing unrest in parts of Maharashtra.Air India said it will not charge any fee for cancellation of tickets or rescheduling of a journey to/from Mumbai on January 2 and 3

.Air India has decided to waive ticket cancellation/ rescheduling charges for its flights to and from Mumbai for Tuesday and Wednesday, a senior airline official said.Clashes between Dalit groups and supporters of right-wing Hindu organisations during the 200th anniversary celebrations of the Bhima-Koregaon battle in Pune district had left a man dead on Monday.

Hence, date/flight change, refund, no-show penalties and fare difference if any, are waived off on all the confirmed tickets issued for flights into/out of Mumbai, Pune and Aurangabad for travel date January 3, 2018,’ Jet Airways said in a statement on Tuesday night.

Budget carrier IndiGo said it will be providing change and cancellation fee waiver for flights to and from Mumbai and also Pune for Tuesday and Wednesday.Bharipa Bahujan Mahasangh (BBM) leader Prakash Ambedkar has called for a ‘Maharashtra bandh’ on Wednesday to protest the state government’s ‘failure’ to stop the violence at Bhima Koregaon village in Pune.