The Chief Minister had earlier recommended a Central Bureau of Investigation (CBI) probe into the death of Sahani.

On May 30, the Chief Minister held a meeting with Principal Secretary (Home) and DGP UP, where he took the decision. A recommendation in this regard was also sent to the Central Government.

Sahni was Additional Superintendent of Police of Uttar Pradesh ATS.

His body was found inside the ATS office with a bullet wound.

“Rajesh Sahni, Additional Superintendent of Police, ATS, committed suicide by shooting himself on the temple at 1245 hrs in his office with an official weapon.

The reason for suicide is being ascertained, “said, Additional Director General (Law and Order) Anand Kumar. No contention between Congress-JD(S) over cabinet expansion: Kumaraswamy 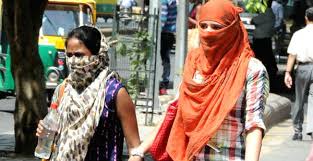 Mercury on rise in Madhya Pradesh