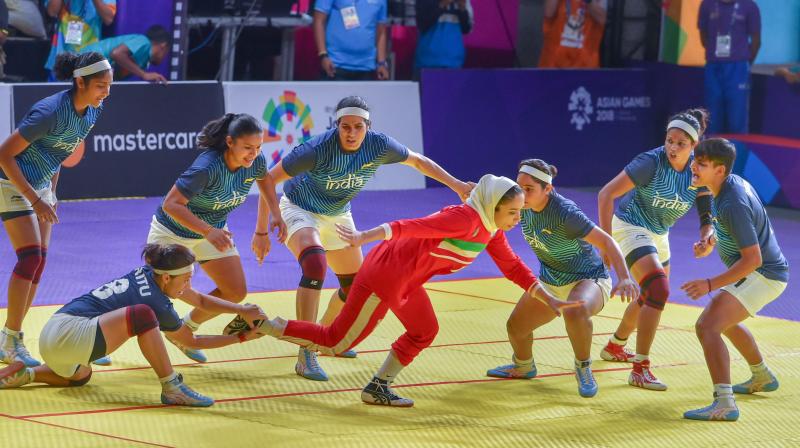 Jakarta [Indonesia], August 24: Indian women’s Kabaddi team settled for a silver medal in the ongoing 18th edition of the Asian Games as they went down 24-27 against the Iranian side in the summit clash here on Friday.

After a strong start to the match, the defending champions could not hold on to their initial three-point lead and conceded the first-half 19-22 to their Iranian counterparts.

The spectacular show of Iran continued in the second-half as well as they steadily headed towards the victory with a 25-21 lead over the Indians.

In the last few minutes, a brilliant attempt by the Indian raider Sakshi Kumari helped the team to accumulate three crucial points but it was already too late for the Indian side.

Yesterday, the Indian men’s Kabaddi team had slumped to an unprecedented semi-final defeat against Iran, ending their 28-year-long reign in the Asian Games. Jo’burg Test will resume as scheduled on Saturday