In what sounded like a bizarre defence, Pakistan under-19 team manager Nadeem Khan said his side’s loss to eventual champions India in the World Cup semifinals could be a result of some magic spell.

“We were confident that it would be a close match but as the match progressed and our batting went down for 59 it made one wonder if there was a magic spell on the team,” Nadeem said.

“It appeared as if our batsmen had no idea what was happening out on the field or how to tackle the situation and pressure.”

India, after beating their arch-rivals went on to decimate Australia in the final to the Under-19 World Cup for the record fourth time.

Nadeem, who toured India in 1999 with the Pakistan Test squad, appreciated the gesture of the Indian team coach Rahul Dravid to later visit the opposition dressing room and boost the morale of the players.

“It was a very nice gesture only confirming Dravid’s stature in our eyes,” Nadeem said.

“I wouldn’t say our performance was satisfactory even though we managed to make the semifinals. Compared to previous youth teams the current generation of junior players lacked in many areas,” he added. 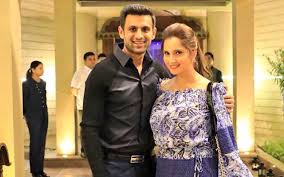 Sania Mirza to remain out of action for two more months

Losing four wickets in four overs is not at all good: Kohli