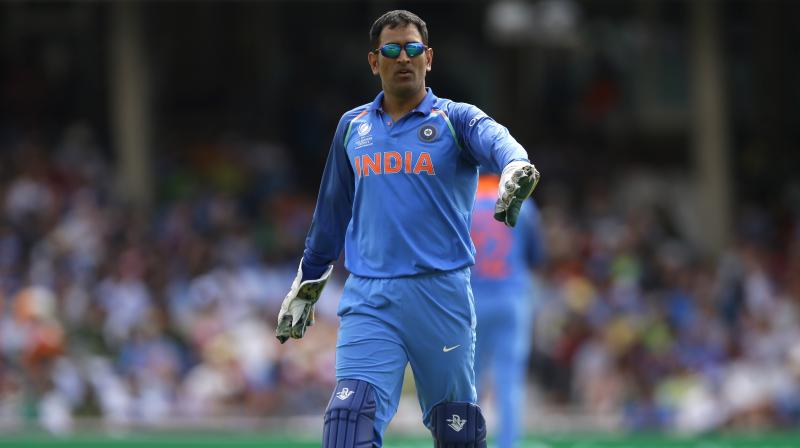 Since MS Dhoni’s arrival in South Africa, the noise level behind the stumps has risen a teeny-weeny bit. But Indian cricket fans don’t seem to mind and in fact are thriving on it as South Africa don’t look like the formidable team that beat Virat Kohli and his boys 2-0 in the three-match Test series.

Limited overs games are entirely a different affair and India couldn’t have asked for a better start to the month-long series.

Team India owes it to the two wrist spinners who have spun a web around the Proteas batsmen, exposing their weakness. Having dominated the opening two games, the visitors are ahead 2-0 in the 6-match ODI series.

Kuldeep after 1st ODI. : As a spinner, he does 50 per cent of ur work because he has played so much cricket; he reads the batsmen easily.

MS Dhoni gave instructions to Chahal and he followed!

It was Kuldeep Yadav, who said during the presser after India defeated South Africa by six wickets in the first One-Day International, “as a spinner, Mahi bhai does 50 per cent of your work because he has played so much cricket, he is quick to read the batsmen.”

In the second ODI at the SuperSport Park, an ecstatic Yuzvendra Chahal after his maiden five-wicket haul in ODIs said, “the captain always backs me, MS gives me ideas.”

That Duminy wicket was all MS Dhoni. Two balls earlier said, “leg pe daal”. Chahal bowled fuller, one that turns in slightly and plumb lbw. Brilliant set up — from behind the wicket. Legend! #SAvInd

“We are youngsters and we don’t have that much experience. That is why he (Dhoni) keeps telling me what to do in what situation,” adds Kuldeep.

Dhoni behind the stumps is hilarious. pic.twitter.com/ntJubXMgoQ

Twitterati aren’t ones to miss out on this and the tweets on Dhoni’s little comments captured on stump mic bring a smile to one’s face.

Sudden change in India’s body language on the field ? That’s because man behind the stump. #Dhoni #IndvsSA

The stump mics are pretty clear and audible. All #Dhoni fans can enjoy 😉 #SAvIND

The stump mics are pretty clear and audible. All #Dhoni fans can enjoy 😉 #SAvIND

Mahi behind the stumps be like “shabaash Chickoo” & “bohot badhiya Chickoo”

Truncated pre game build up today but glad we got time to play the mid-overs conversation between Dhoni and Kuldeep.

Wish someone gave me life tips the way Dhoni gives tips to his spinners.#SAvIND #Dhoni

India vs South Africa: Play on Day 3 of first Test called off

‘We want to get a whitewash against India’