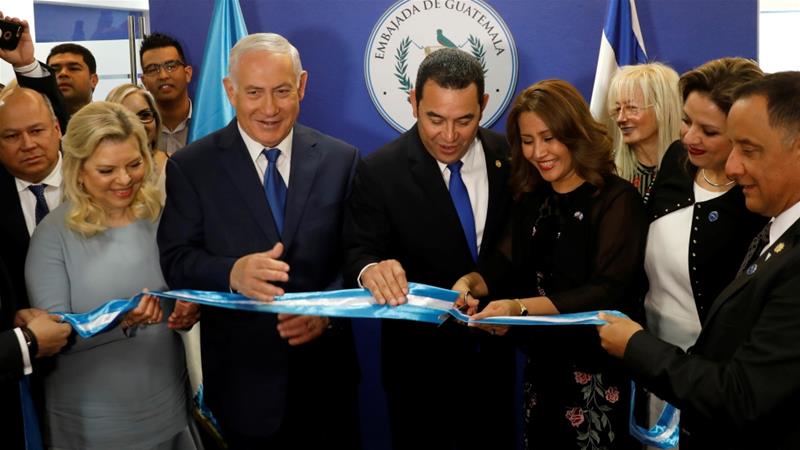 Jerusalem [Israel],: Guatemala on Wednesday opened its embassy in Jerusalem, becoming the second country to do so.

This comes two-days after the United States (US) inaugurated its embassy in Jerusalem.

Netanyahu also promised to visit Guatemala in his next trip to Latin America, according to the several media reports.

On Monday, in the presence of a US delegation, including US President Donald Trump’s daughter Ivanka Trump and his son-in-law Jared Kushner, a brand new US embassy was inaugurated at Jerusalem’s Arnona area.

Post the opening of the embassy, violent clashes erupted between Palestinian protesters and Israeli soldiers at the Gaza Strip, resulting in the killing of 62 agitators.