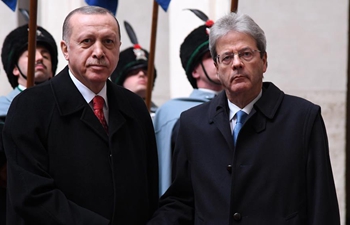 Dastgir said Pakistan strongly condemns terrorism in all its forms and manifestations and reiterated Islamabad’s zero tolerance against use of its soil to promote terrorism against any country, a defence ministry statement said.

“Pakistan has been providing multi-faceted support to international community in the war against terrorism,” the statement quoted the defence minister as saying.

He said Pakistan is committed to stability and peace in the region with particular focus on its relation with Afghanistan, adding a peaceful Afghanistan is not only in the interest of Pakistan but also the whole region.

The minister said Pakistan attaches great importance to its relations with EU and its relations draw strength from a shared objective of global peace and security.

Kostarakos expressed the desire to enhance cooperation between Pakistan and EU, according to the statement. He highlighted the importance of better communication and interaction at various levels under a mutually agreed framework.

The visiting official appreciated the resolve of Pakistan Army and its continuing efforts towards fighting terrorism and bringing peace in the region, an army statement said.