Berlin: German police have asked prosecutors to investigate a far-right lawmaker for possible incitement to hatred after she criticized a police force for tweeting in Arabic “to appease the barbaric, Muslim, rapist hordes of men”. Police in the state of North Rhine-Westphalia (NRW) posted a New Year’s Eve greeting in Arabic as well as German, English and French. Cologne, a city where groups of mainly Arab immigrants were accused of sexual assaults at New Year’s Eve celebrations two years ago, is located in the state.

“What the hell is wrong with this country? Why is the official page of police in NRW tweeting in Arabic,” Beatrix von Storch, a member of the anti-immigrant Alternative for Germany, wrote in a Dec. 31 tweet that was later deleted by Twitter after receiving complaints from members of the public.“Are they seeking to appease the barbaric, Muslim, rapist hordes of men?” she added.Twitter suspended her account for some 12 hours after she posted the message, saying it breached the micro-blogging website’s rules that bar users from posting hateful messages.

Prosecutors in NRW must first decide whether they should deal with the police complaint against von Storch or transfer the case to Berlin authorities given that her constituency is in the capital.If prosecutors deem there are sufficient grounds to launch an official criminal investigation against her, they would first have to ask parliament to suspend her immunity.

Cologne Chief Prosecutor Ulf Willuhn said prosecutors must now decide whether von Storch’s message amounted to “inciting people to commit violence against a certain section of society”.Von Storch declined to comment when asked in a newspaper interview about the police complaint, but she added it was important to speak freely about problems in Germany without censorship and the threat of charges.

“Political correctness has led to a situation where a lot of severe problems can no longer be addressed openly,” von Storch told Neue Osnabruecker Zeitung daily.Twitter also deleted a message by AfD member Alice Weidel in which she said German authorities wanted Germans to live with criminal mobs of migrants.

The AfD won seats in the national parliament for the first time in September’s election, riding a wave of discontent over Chancellor Angela Merkel’s 2015 decision to let more than a million migrants and refugees, mostly Muslims, enter Germany.The AfD, which says Islam is incompatible with the German constitution, is now the third biggest party in the Bundestag lower house.

It has upended German politics by stealing voters from Merkel’s conservatives and others, making coalition-building more difficult.AfD leaders reacted angrily to Twitter’s decision to delete the two postings under a new law passed by parliament in June that authorizes fines of up to 50 million euros against social media networks if they don’t promptly remove hateful content.

“The censorship law of (Justice Minister) Heiko Maas has already shown on the first day of the year its ability to curtail freedom of expression,” said AfD co-leader Alexander Gauland. “I urge every social media user to take action against such oppression by reposting the deleted comments again and again!” IS destroyed more than 100 Iraqi villages in 4 years Nawaz Sharif to return to Pakistan 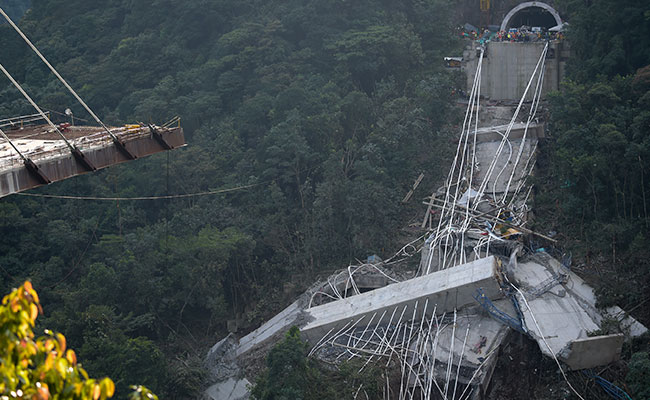