Washington D.C. [USA], Jun 21: Voice of Karachi Chairman Nadeem Nusrat has said that at a time, when Pakistan’s military establishment, its spy agency ISI in particular, is inflicting one wound after another on Afghanistan, the United States needs reliable partners in the region.

He added that millions of Mohajirs living in Karachi and other urban areas of Sindh province are the best allies of the US in the region, who will support every policy to secure long-term peace in the region.

Nusrat made these comments in a letter he handed over to Ambassador Alice Wells, the US Deputy Assistant Secretary, Bureau of South and Central Asian Affairs, at a congressional hearing in Washington D.C. to discuss US policy toward Afghanistan.

The hearing was chaired by Republican’s Ed. Royce, Chairman Foreign Affairs Committee, and was attended by members of foreign affairs committee.

In his letter to Ambassador Wells, Nusrat urged the current administration to review its financial and military aid to Pakistan, which he claimed that it was mostly used to sponsor terrorist groups operating against the US interests in the region.

“The United States and its allies have made enormous sacrifices -both physical and financial- to bring back peace to Afghanistan in the last many years, but their efforts have repeatedly been hampered by none other than the military establishment of US’s widely claimed ally, Pakistan,” he added.

Nusrat underscored that most American and international experts now agreed that the root cause of terrorism in Afghanistan lies in Pakistan, whose “foreign policy is solely dictated by its powerful military, which refuses to consider Afghanistan as a sovereign, independent state and deals with it through its own security narrative.”

“For years, some powerful elements within the Pakistani military establishment have been involved in sponsoring cross-border terrorism by supporting religious extremist groups. It is also used to brutally crush ethnic and religious minorities in Pakistan, including Mohajirs, Balochs, Pashtuns, Christians, Ahmadis, and Hindus,” he asserted.

Since 1992, over 25,000 Mohajirs have been extrajudicially killed by Pakistani security forces in urban areas of Sindh and thousands have gone missing since being taken into unlawful custody.

The United Nations have been dealing with enforced disappearances and has documented hundreds of such cases, but the practice still continues.

Nusrat further said that all military aid and grants to Pakistan should remain suspended until it fully adheres to the Universal Charter of Human Rights and all other international covenants and charters dealing with human rights.

He went to say that US weapons and military aid should never be allowed to be used against civilians in Pakistan. 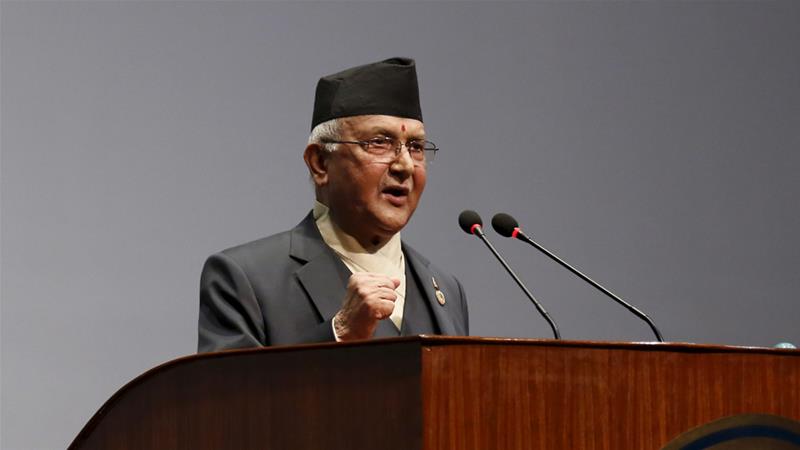 Oli to be appointed Nepal PM