[Pakistan], Feb .09: A Pakistan Taliban operative or Tehrik-i-Taliban Pakistan (TTP) operative has been killed in a U.S. drone strike along with three Haqqani Network terrorists in Pakistan’s Federally Administered Tribal Areas on Thursday.

TTP Deputy Commander Khan Said Sajna was killed in the attack along with the others when two missiles were fired at a compound close to the Afghan border on Thursday, according to the media reports.

Since U.S. President Donald Trump has assumed office, there has been an increase in drone strikes inside Pakistan in the restive mountainous regions bordering Afghanistan.

Trump boasts of having a ‘bigger’ nuclear button than North Korea 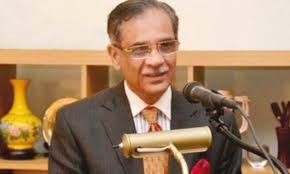