Beijing: Sun Zhengcai, once tipped to become President Xi Jinping’s successor and later accused of plotting a coup against him, was today sentenced to life imprisonment for taking 1793.51₹ million in bribes.

Sun, a former Politburo member during the first five-year tenure of Xi, is the latest senior cadre to fall in the President’s sweeping anti-corruption drive. Until his arrest last year, the Communist Party’s 54-year-old top official was widely tipped to become Xi’s successor.

Sun was sentenced to life in prison for taking bribes of over 170 million yuan (1793.51₹ million) by the First Intermediate People’s Court of Tianjin Municipality today, state-run Xinhua news agency reported. In addition to being imprisoned, he was deprived of political rights for life and all his personal property was confiscated. His illegal gains and relevant yields they generated will be retrieved, the court said.

At the public sentencing, Sun pleaded guilty and expressed “sincere repentance.” He said he accepted the sentence and he would not appeal. He also said he would earnestly reform himself, the Xinhua report said.

A former secretary of the Chongqing Municipal Committee of the Communist Party of China (CPC), Sun was once tipped for a top leadership post. He was abruptly removed from office ahead of the party Congress in October last year.

The Congress confirmed the second five-year tenure for Xi, who is regarded as the most powerful leader of China heading the party, the Presidency and the military. China’s Parliament also removed the two-term limit for the President, paving the way for Xi to continue in power for life.

Liu Shiyu, chairman of the China Securities Regulatory Commission, said during the October CPC Congress that Sun was part of a coup against Xi.

The Hong Kong-based South China Morning Post quoted him as saying on October 20 that Xi has foiled a coup plot by former political heavy weights who were at the receiving end of his high-profile anti-graft campaign. Liu has accused a string of disgraced cadres of plotting to seize the reins of power.

Among those named was Sun who along with his wife were summarily removed by Xi. Both were taken away for disciplinary investigations, the Post reported. The court found that between 2002 and 2017, Sun had taken advantage of various posts to provide help for certain units and individuals in project bidding, project approval, enterprise operation and personnel promotion and arrangement, and accepted money and property worth over 170 million yuan, either by himself or with “certain affiliated persons.”

Sun, as a senior official, should have set an example in observing the law. However, by accepting “extremely huge amounts of bribes,” Sun had seriously undermined the work of state organs, it said.

However, it also noted that most of the bribes involved were “taken directly by certain affiliated persons,” and that Sun had confessed to his wrong doings, showed repentance and been cooperative in returning illegal gains. All the illegal gains involved have been retrieved, it said.

The court said the sentence was handed down with consideration of the above-mentioned facts. The high profile anti-corruption campaign launched by Xi five years ago has led to the downfall of a number of top CPC officials.

Xi’s critics allege that he has used the campaign against his political rivals. Since the last year’s Congress, several officials at or above deputy ministerial level and senior military officials have been investigated or punished, including former Chinese military chief of staff Fang Fenghui and Lu Wei, former deputy head of the Publicity Department of the CPC Central Committee, as well as vice governors of Shaanxi, Shandong and Jiangxi provinces.

Over a million officials of various ranks have been punished in Xi’s anti-graft campaign since he came to power in 2013. 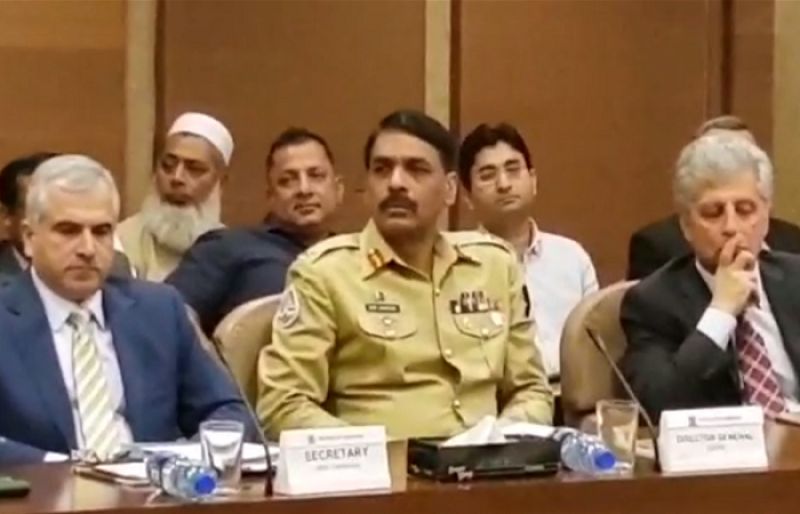 Army has no connection with elections: Pakistan GHQ

Another blow to Trump, CDC chief resigns over stock scandal To get rich would be a glorious escape from pointless life: A schoolboy’s cynicism sparks debate in China