Over three weeks after the no-new-release rule was enforced across Tamil Nadu theatres by the Tamil Film Producers’ Council (TFPC), no solution seems to be in sight. In an exclusive interview to TNM, actor and producer Vishal, who is the President of the TFPC, says there is absolutely no question of producers paying Virtual Print Fee (VPF) again.

Close to 15 years ago, producers encouraged theatre owners to install digital projectors at halls, owing to the advent of new technology coupled with the high cost of film print.

It was then that digital service providers (DSPs) came into the picture. Producers like SR Prabhu of Dream Warrior Pictures have claimed that world-over agreements were signed, whereby a certain amount – VPF- would be paid by producers to DSPs for a period of five years, after which the theatre owners would consider the digital projectors as their own.

While he alleged that DSPs in India did not go by this agreement and cheated the film industry, DSPs like Qube’s Senthil Kumar have told TNM that his company had never promised producers anything that’s not part of the agreement.

According to The Hindu, VPF was constitutive of ‘cost of projector,’ mastering and delivery of the movie. Producers had agreed to the arrangement as it would allow them to release movies at more theatres. But after a decade of paying these charges, problems have risen amongst producers, digital service providers and theatre owners.

“For all these years, producers have been ignorant about VPF charges. But now that it has been brought to light, we will not stop the strike till the matter is resolved,” Vishal tells TNM. He however does not elaborate on why this issue has gained centre stage over a decade after the practice of paying VPF began.

“We are not doing this out of arrogance. We won’t because we don’t have to pay for someone else’s equipment. Someone is considered a theatre owner when they have their own projector. Why should I as a producer keep paying money in instalments for it?” he asks.

Vishal says that his production house Vishal Film Factory has produced close to 6 films and that he would rather buy a projector for a theatre than continue to pay a fee for the usage.

“It is no longer about discounts,” he says when reminded that other states have agreed to a rate reduction of 18-23% on VPF. “We are all awake now and know the costs involved. If the question of maintaining, upgrading equipment or even paying engineers comes into the picture, that is something that theatre owners and DSPs have to sort out between themselves. We can’t pay for it,” he adds.

And what about other producers and actors? Are they agreeable to this decision?

“We have been having meetings from January and decided that the industry requires a lot of mending. There are problems with exhibitors. We thought it is the right time to stall work,” says Vishal.

However, such allegations made by Vishal and other producers have been countered by DSPs many times.

When the digital technology came in, theatres had to invest in equipment with high maintenance costs and frequent expensive upgrades. Producers, on the other hand, enjoyed the benefit of low print costs and ensure a wider release for their films.

Since most theatres didn’t have the capital, risk-taking ability or technical knowledge to switch to digital technology, the transformation wasn’t immediate. The theatre owners were not quite taken by the idea of having to spend their money so producers could enjoy the benefits.

DSPs stepped in to resolve the problem. They financed the equipment for theatres and offered technical services to producers. They collected a Virtual Print Fee or VPF to cover costs. The DSPs also took care of the infrastructure needed to facilitate digital print technology. From ownership, theatres shifted to a service model.

DSPs argue that films now enjoy a much wider release (including overseas screens) at low costs, compared to earlier times when film prints were used.

Speaking to TNM, Senthil Kumar of Qube Cinema, a leading DSP, denied that any agreement signed between Qube and theatres had been violated.

Tracing the history of how theatres converted to digital technology, Senthil Kumar said, “We offered an alternative to film prints at a much lower cost. 1/4th the cost of a film print which has now become 1/5th of the film print.

Producers chose to use these services when all the time they had film prints – it’s not as if anybody deprived them of film prints. We set up a system where even though there were film prints and projectors required to play them in theatres, we offered a parallel path of digital projection and digital print.

And they chose to use that all these years. Even today, film prints are available at around Rs 90,000 of Prasad Labs and Film Labs in Bombay. So there’s no reason why you have to say this has become expensive because we’ve become cheaper over time. We’ve introduced more flexible structures but we’ve not increased prices by a rupee in 10 years.”

But that’s not all TFPC is up in arms about. Vishal has also raised questions of the high cost of food and parking tickets at theatres, arguing that the Producers’ Council was attempting to make the film-watching experience an inexpensive affair.

“These theatres are answerable to the government. We all have to follow the rule of law.”

However, there is no word from producers or top actors of Kollywood if the astronomical prices charged by the big league of actors will be brought down to decrease the overall cost of a movie.

As of now however, it seems that film buffs will have to continue to wait for films. The film industry itself meanwhile faces an indefinite embargo on all post-production activities, film shoots, press meets and audio/teaser/trailer launches. Groundwater level receives a boost in the district 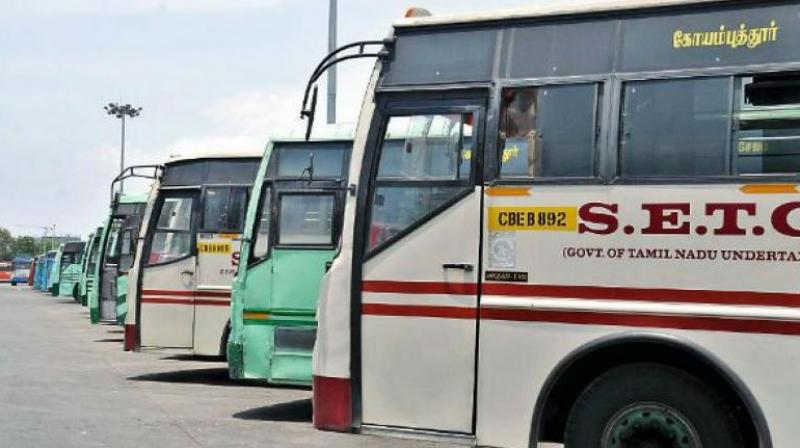 PM’s copter travel is as per protocol: BJP