“When I’m at home, problems bog me down. The ground is my release,” says Kalaimani, a 45-year-old Coimbatore marathon runner who also runs a tea stall.

While Kalaimani used to be extremely interested in sports in school and had pursued athletics and kabaddi, she had to stop after she got married.

“I told my husband even at the time we were getting married that I was really interested in sports. I very much wanted to be involved in sports,” she says.

Her husband, Kalaimani says, has been her support system. It was he who, ten years ago, showed her an advertisement in the newspaper for Masters athletics – an athletics competition for those aged 35 and above.

That’s when Kalaimani’s love for sports was renewed and she participated in the 400 m, 800 m and 1,500 m races. She even won medals at the state level.

The ground and sports are what keep her alive, Kalaimani says. Financial constraints, however, have restrained her from truly pursuing her dream.

Kalaimani says that though she has got selected for various tournaments, sadly she couldn’t go and participate in some of them.

“There’s just money for us to eat here, and I have been running using that only. It’s been struggle after struggle, problem after problem,” she says.

However, in September last year, Kalaimani became interested in running marathons. That’s when she joined the Coimbatore-based Phoenix Runners.

Since then, Kalaimani has been pursuing her passion for marathons and has completed the 21 km marathon many times. She has even completed the 42 km marathon four times, currently clocking 4 hours and 48 minutes, and aspires to complete it under 4 hours.

But how does the mother of three who runs a tea stall full time with her husband get the time to train?

“I train every day. I wake up at 4 am, drop my husband off at the stall at 5 am and go to the ground for coaching. Training starts around 5-5.30 am and goes on till about 7.30 am. I then go home, freshen up and head to the stall, where I stay till about 8 pm,” she says.

“Every Sunday, we run a 21 km marathon without fail. I’m training for my next 42 km marathon,” she says, visibly proud.

Kalaimani, however, rues the lack of financial support.

“My coach and the people I run with have supported me. That’s why I could even travel to Bengaluru as well,” she explains.

Kalaimani has been putting in her own money, even out of Rs 400-500 the family earns daily from the tea stall.

“I don’t have the means. I’ve been doing this for so many years, but there has barely been any help or support. We’ve been spending our money,” she says.

Kalaimani hopes to win a marathon and use the money to support her daughter and two sons. While both her sons work as school van drivers, her daughter is pursuing her undergraduate degree.

“I wish to win marathons and do something for my children. I believe I can win,” she says. 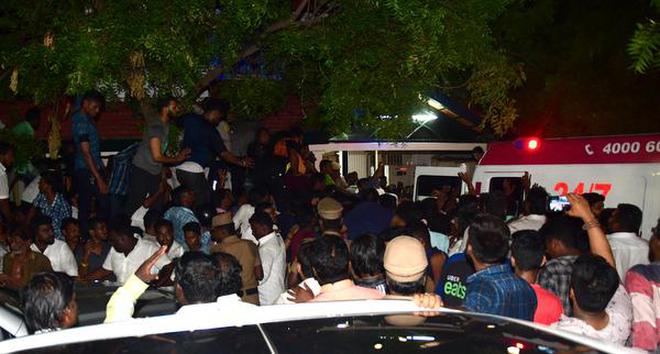 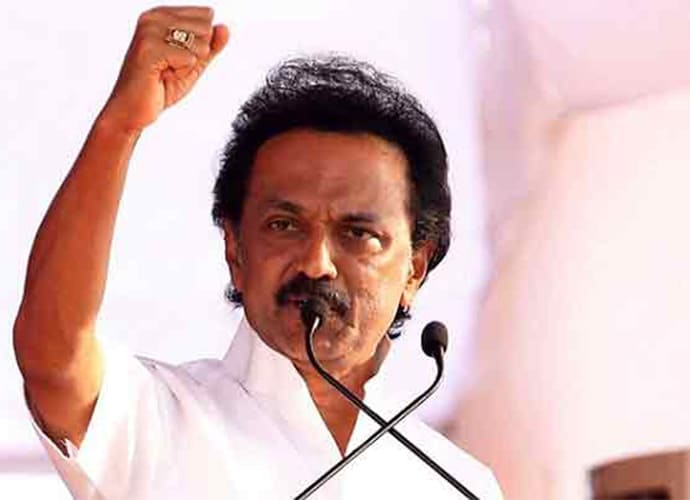