VELLORE: A fast track mahila court in Vellore in Tamil Nadu on Tuesday sentenced a 54-year-old man to 10 years rigorous imprisonment for sexually assaulting his relative’s six-year-old daughter. The court imposed a fine of Rs 5,000 on him.

Confusion prevailed in the court after the accused, Murugan of Shivaraj Nagar in Pernambut, escaped from the court before judge P Mathusuthanan pronounced the verdict.

Sources in the court said Murugan, who was in the court hall during hearing, disappeared by noon. Police and court staff came to know about this around 3pm.

Police launched a search for him that went on for over two hours. Finally, he was picked up from his house.

The judge pronounced the verdict after he was brought back to the court.

According to public prosecutor S Priya Lakshmi, the crime took place at the accused man’s house on October 18, 2015 when the victim (who was six years then) went there with her mother to attend a relative’s marriage. The man sexually assaulted the girl when the other family members were sleeping.

“Based on strong evidence and medical examination test, the judge passed the verdict,” said the public prosecutor. The judge directed the district legal service authority to give compensation to the victim. ‘I insisted on taking her to hospital’: Details of Sasikala’s affidavit on Jaya death

Ex-mayor’s house has no plan permit 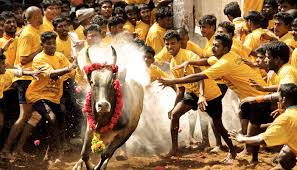