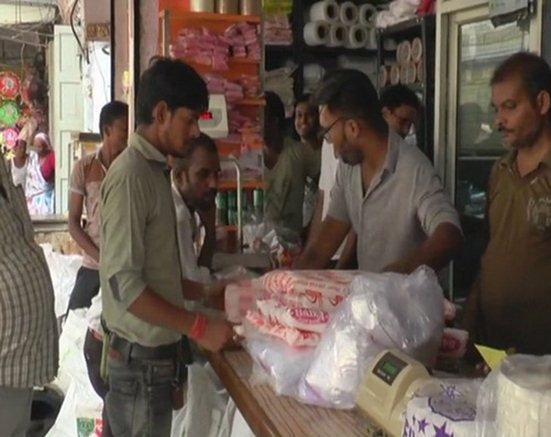 Uttar Pradesh (Kanpur) July 07: Seems like the decision of ban on the usage of plastic in Uttar Pradesh did not go well with the shopkeepers in Kanpur.

They argued that the State government, instead of banning, should rather make people aware of using plastic bags judicially.

“Banning plastic is not a solution. People should be made aware of the proper usage of plastic. There should be proper waste management,” said one of the shopkeepers.

The Uttar Pradesh government on Friday announced a ban on plastic, which will be implemented in the state from July 15.

The shopkeepers further said this decision would cause mass unemployment.

“If you want to use paper bags you must remember you will have to cut trees. The industry will be affected many people will be unemployed.”

Earlier this year, the Maharashtra government had issued a notification, imposing a ban on the manufacture, use, sale and distribution of all plastic materials like plastic bags, spoons, plates, bottles and thermocol items.

Telangana government also instructed municipal bodies across the state against usage of plastic.

How to make rose water at home

JDU to not contest Bihar by-poll Taking art out of the gallery, to pop-ups and Instagram

‘Rape is rape’, shameful to politicise such issues: PM Modi