On Thursday afternoon, Trump decided to sack Gen. HR McMaster from his NSA post, replacing him with John Bolton. The former US envoy to the United Nations (UN) will assume office on April 9 – just days after Mike Pompeo is set to replace Rex Tillerson as the new Secretary of State.

The newly formed doublet may have caused shockwaves among many, but what do these appointments mean for U.S.-Asia Policy- particularly on the China, India and Pakistan front? Experts claim, in the midst of much uncertainty about what to expect next, one thing appears clear: US Asia policy is headed down a much bumpier road in the months ahead.

Experts further reveal President Trump’s decision signals the plans to fully embrace the hawkish foreign policy turn that was previewed in his administration’s National Security Strategy. The immediate consequences of these personnel changes will be most visible in the administration’s approach towards North Korea. However, experts expect Bolton and Pompeo to be reliably hard-lined and outspoken on a range of issues, strongly including China, where they appear to be in sync with President Trump.

In the coming days, the United States Foreign policy on China is less likely to upend the administration’s current approach, as much as it is to cement it with the Bolton-Pompeo elevation.

“Both men have expressed hawkish views on China, entirely in line with the administration’s push for a more confrontational military posture and aggressive economic tariffs,” explains Lindsey Ford, a former senior adviser to the Department of Defense on Asian security affairs under President Obama.

Lindsey further warns, “Pompeo will have to find a way to balance his hawkish tendencies with the need to reassure anxious Asian partners, that the United States doesn’t intend to burn the entire house down with a devastating trade war.”

With John Bolton as NSA, experts do see the White House trying to lean on China to pressure the Pakistanis to crack down harder on terrorism. It may not be a new idea, but it’s something that Bolton has pushed for ever since Trump announced his new South Asia strategy in August 2017.

Experts also flag doubts on Beijing having an interest in doing Washington’s bidding and pressing Islamabad to go after groups that, at the end of the day, are not the biggest concerns for China.

“I can’t imagine it’s a plan that would work. It is true that as Beijing takes on more investments and assets in Pakistan through the China-Pakistan Economic Corridor, it will have an ever-stronger interest in stability, and consequently it will want terrorism of all stripes to go away. However, China, like Pakistan, worries most about the groups that stage attacks in Pakistan,” says Michael Kugelman, senior associate for South Asia at the Wilson Center think tank.

“The US wants Pakistan to go after groups like the Haqqani Network and Lashkar-e- Taiba, which don’t stage attacks in Pakistan,” Kugelman adds.

Experts further say that Bolton and Pompeo may limit the scope of Asia policy within the White House in a big way. So considerations about India and Pakistan may get marginalised.

For now, neither India nor Pakistan would necessarily be at the top of their agendas, and experts expect a continuity of approach for at least the next several months, until both Bolton and Pompeo settle into their new roles.

“I could easily see this administration taking an even harder line against Pakistan and tilting towards India, although that too was quite possible during the McMaster/Tillerson period. The pro-India line would reflect a desire to build an anti-China coalition and an enthusiasm for Prime Minister Narendra Modi,” says Daniel S. Markey, senior research professor at Johns Hopkins University’s School of Advanced International Studies.

Markey adds, it is hard to see that the duo would take a softer, more diplomacy-heavy approach.

“One major change would come in the Afghanistan war. President Trump who has been extremely skeptical about recent increases in US forces and Pompeo/Bolton might play to that skepticism and reverse course,” Markey further says.

Another notable impact of the new White House appointments is that Ambassador Bolton, for all his harsh words and scaremongering about Pakistan, is ironically likely to counsel restraint in the U.S. policy towards Pakistan.

Bolton has emphatically laid out his fears about Pakistan’s nuclear weapons, and he has argued that pushing Pakistan too hard could imperil the country’s nuclear security and put the nukes in the wrong hands.

Won’t back TDP, it has acted against Tamil people: M Thambidurai 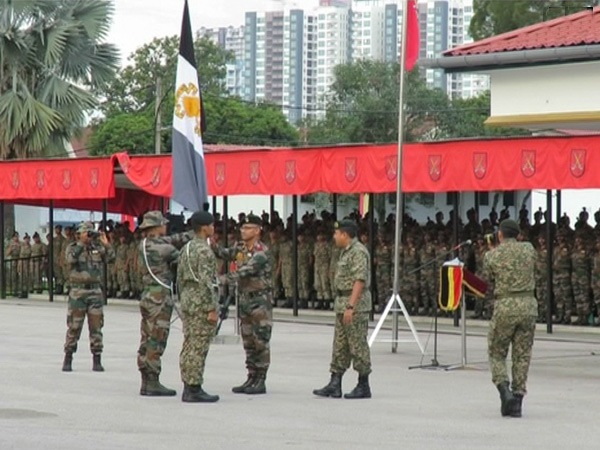 Trudeau in India: Canadian PM gets cold-shouldered by India for proximity with pro-Khalistan groups