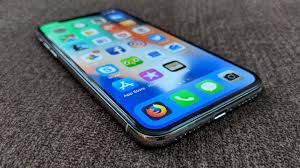 Apple fans must have been waiting for the three new iPhones which have been a major subject of rumors for a while.

Among these three upcoming phones, two will be the premium OLED display-bearing smartphones with the screen sizes of 5.8-inch and 6.5-inch.

However, the iPhone in question is the 6.1-inch budget iOS device which is expected to sport dual-SIM card slot.

As reported by United Daily News portal, the dual-SIM budget iPhone will be exclusively sold in China.

Basically, as per the report, the company is making four iPhones and the budget variant has been divided in two trims among which only one sports the dual-SIM card slot.

Perhaps, this version is being made keeping in mind the Chinese market only.

Ever since the existence of iPhones, no model ever saw a provision for two SIM cards and now that it is expected to house it, it’s garnering a lot of hypes.

However, if the aforementioned report turns out to be true, nations except for China will once again stay deprived of the dual-SIM iPhone.

The iPhones in the offing are, reportedly, already under production and the announcement might happen by the month of September.

However, earlier it was speculated that the budget iPhone launch will be delayed for giving a breather to the premium models in terms of sales and marketing.