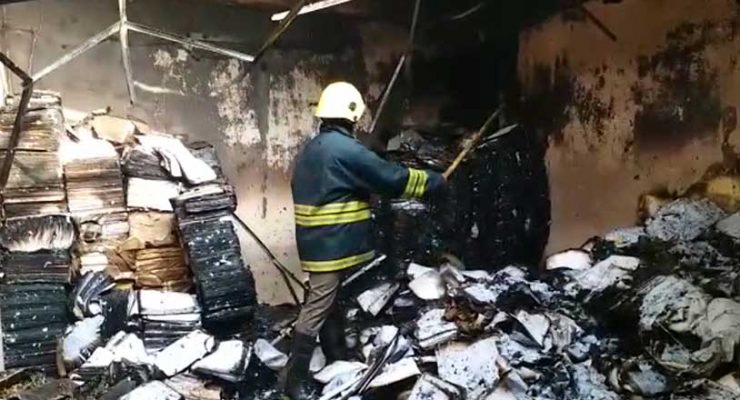 Hyderabad (Telangana) [India],: Several bundles of answer sheets of a degree exam were gutted in a fire that broke out at a spot valuation centre at the Osmania University in Hyderabad on Tuesday.

The fire tenders reached the spot to prevent the flames from spreading to other rooms where more answer sheets were stored.

The answer sheets of BSc (Botany) exam were kept in four rooms for valuation at the centre behind men’s hostels in the university campus.

According to fire officers an electrical short circuit could be one of the main causes for the fire.

The university in a press release said that officials swung into action and made concerted efforts to avert a major fire.

Meanwhile, Kumar Molugaram, Controller of Examinations, Osmania University wrote a letter to the Deputy Commissioner of Police (East Zone) asking him to ‘investigate the matter’.

US not paying for N. Korean officials' stay in Singapore